Apologies for the delay, I’ve been swamped lately. Community Guides #5 through #7 have been released, covering Basic Helicopters, Snipers & Launchers, and Combined Arms. You can find them embedded after the jump – hope you like ’em!

I’ve also published my Gear Menu for Altis/Arma 3 release version on the Steam workshop, which you can find here.

END_OF_DOCUMENT_TOKEN_TO_BE_REPLACED 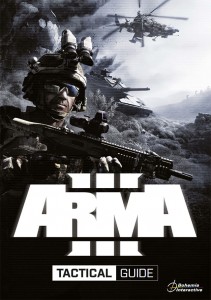 Special thanks to Bohemia Interactive for believing in it enough to make it an actual part of the product, as well as for being extremely receptive to my vision for this iteration! As before, this took a tremendous amount of energy to produce. I hope those of you checking it out find that energy to have been well-spent, and best of luck to everyone on their Altis adventures!

For those looking to purchase a hard copy of this, see below for ordering information. A version hosted on my site is now available free for all.

Those who purchase the full guide will also receive bonus content, which you can find listed in the index as “Premium Content”. 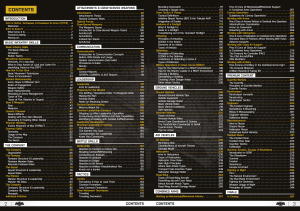 If you have the Deluxe Edition of Arma 3 installed, you can find the tactical guide in your Arma 3 folder in the ‘Bonus/Tactical_Guide/’ folder.

This post is two things – the first is a video I created to show just how imperfect and finicky the Arma 3 action menu is (and by association, Arma 2, Arma 1, and OFP), while the second is some thoughts of mine on how it could be largely replaced by a better system.

First, the video. This is 30 minutes long – you’ll get the idea in the first ten, but the remaining twenty show off some specific aspects of how it pertains to vehicles and how interacting with doors could be improved.

As you can see, the action menu and attempt at a context-sensitive action menu system in Arma 3 are insufficient and heavily flawed. I believe that Arma needs a proper and modernized context-sensitive “Use” or “Interaction” key. The existing “action menu” is an imperfect solution and while it should probably remain in the game in some capacity for those special-case uses (particularly via mods), I believe that most interaction tasks can be better accomplished with such a “Use” key. The premise is that this key would have context-sensitive functionality, as well as offer different functionality based on whether it was just tapped once, or pressed and held down.

END_OF_DOCUMENT_TOKEN_TO_BE_REPLACED

The fourth community guide video is now out!

Along with it, I’ve also done a new Art of Flight as well as a new commented video.

My latest Arma 3 community guide video is now live, have a look!

I hit a cool milestone of 50,000 Youtube subscribers. To celebrate, I talked for a bit about what it means, what the future holds, etc.